Another Otter takes off across The Atlantic

Hello there Everyone:  Cy Bear back - on time again!

Actually, the blog is being prepared a bit ahead this week, because for reasons best known to technology (or even Etsy!), after being on the Shop site all Friday afternoon, when Isobel tried to get back after her evening meal, she wasn't able to access the Team site, so she could finish her daily promotion duties.  So, she thought she would get ahead and allow me tell you about the third Otter Golf Club Cover/Saver - as promised in my last bulletin.

As MrLA didn't respond to the invitation to go with our other, more colourful version of our Otter - based on the original pattern by Jenny Mai of Fluffmonger.com - Isobel went ahead and began (as usual) by knitting the handle cover.

Because there had been quite a lot of brown double knit yarn used in the colourful version  -https://www.etsy.com/uk/listing/723285529/lucky-the-otter-head-golf-club?ref=shop_home_active_14  our stock was low, and so we faced the usual dilemma of knitters the world over - trying to get an exact match.  One would think dark brown would not be a difficult task to undertake, but because Isobel is still hampered getting about (although she is now able to get places by 'bus, which makes life a whole lot easier), she can't walk as far as she did before the fall.  So, we had to make do with the nearest local supplier - who normally is great!  We got a pretty good match, but ,on the day we searched, we had to make do with the best one available that day - which was in an acrylic double knit wool, whereas we had hoped to do it in wool. (Isobel prefers the texture).

However, in order to make sure we meet the dispatch deadline we went ahead with what was available, and Isobel melded the wool into the acrylic fibre.   The finished product doesn't look too odd, actually, because she made it look as though the shade difference was deliberate!


Also, Isobel decided to give this Otter black whiskers and mouth for his facial features - instead of the brown we had used for the previous two versions.  We think we will carry on with this face look, because it matches Otter's eyes better - and the brown silk used for the previous Otter versions didn't really look like Isobel's original vision for them.

Otter No.3 looks a bit stern in this side view, but actually it's a whisker getting in the way of him enjoying his grey satin-look fish (as opposed to the gold fish shown in the colourful version).

Here's one of the latest Golf Club Saver - with club in situ - from the rear view.  After the photo shoot, the latest Coldham Cuddlies Golf Club Saver was wrapped up and posted from the local post office later on Thursday afternoon.  (Just for fun, Isobel has just inserted the Tracker Number for the package into the Royal Mail site, and finds that the package has been received in Chicago, so is well on it's way to the intended destination - Columbus, Ohio).

When Isobel was on line on Thursday after the postal session, she found that FrauAB from Bochum, Germany had left a lovely review about the Brown Sister Bear "in the style of a Poor Clare Nun"- which we'd sent off the previous week.  FrauAB was one of the lovely customers who stuck by Isobel after she had had her accident, and Etsy suggested we cancel the order - so that Coldham Cuddlies didn't fall foul of the dispatch dates not being met "rule" - for which we are very grateful, of course.


We're excited to get it - because it was actually given in German (a first for us), although there was a translation too.

So another Clerical Bear goes home to make someone happy.  Isobel is now working on a Padre Bear for one of  our best UK customers.  MsMP  - a fellow parishoner at St. Barnabas Cathedral, Nottingham is determined to have the same number of Clerical Bears as we do in the Shop.  Every time she gets one from us though, she finds someone who she thinks would like one even better  - or buys it off her - so she comes back for another!!

Naturally, we don't mind - we wish there were more folks like her!!  St. Barnabas Cathedral benefits either way - because, as you may recall, 20 per cent of each Clerical Bear sold goes towards the Building Maintenance Fund, and it's Isobel's way of celebrating the fact that St. Barnabas Cathedral was opened 175 years ago this year.

So that's this week's post done. Our apologies for the change in typeface mid-way - caused by Isobel importing Frau Bauer's review to the page.  We don't know why that happens - nor why the whole font size decreased while we were typing.  One of the many mysteries of technology that Isobel (and I, when she is otherwise engaged) cannot fathom, but carry on with - regardless!

See you all soon - even next week, with luck! 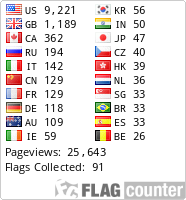